This results in a hotter, blue flame which more efficiently singes the carcass. The higher mixture pressures also create a higher velocity flame envelope which forces the flame onto the carcass instead of just burning a ball of fire around the carcass. Again, this results in better heat transfer and a better overall singe.

The design of the nozzle creates a "flat" flame profile, which spreads the heat evenly along the carcass, and also allows the individual burner nozzles to more effectively cross-ignite from a single pilot flame.

The result of this improvement in efficiency is gas savings of 10 to 40%, with a better quality singe! Payback for high-speed lines can be as short at 1 month! 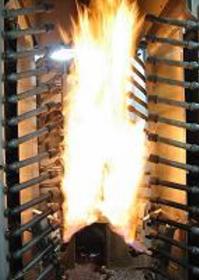 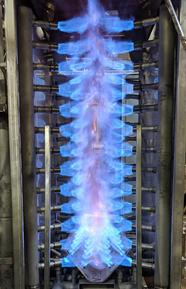